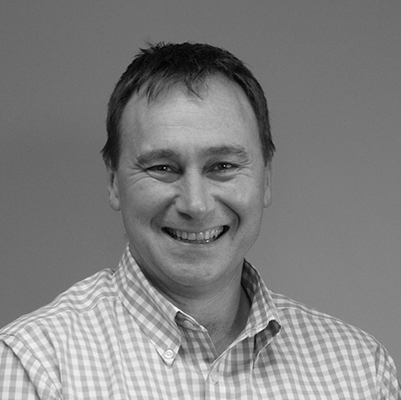 Everyone agrees with the need for workplace diversity. We’ve mostly moved beyond the trite quota mentality, understanding that diversity of perspective only drives business growth.

A Bersin by Deloitte study found companies with inclusion at the heart of their talent management strategy are higher-performing businesses as a whole.[ii]

“A strong, collaborative team will help you deliver sound, creative results and has become increasingly important regardless of your industry or business […]

Look for talent that brings different perspectives and skills to the table. Homogenous teams tend to produce less creative results”.[iii]

For all the talk though, diversity still isn’t where it should be.

Only 32 Fortune500 CEOs are women. When American Express’ CEO Kenneth Chenault retires next year, only 3 Fortune500 CEOs will be black. There’s zero black women Fortune500 CEOs since Ursula Burns left Xerox last year. Geisha Williams of PG&E and Indra Nooyi of PepsiCo are the only two women of colour on the 2017 Fortune500 list.[iv]

And the problem extends beyond the top job. Only 16 of the Fortune500 are willing to share their overall workplace diversity data – but of those 16, 72% of senior management are white male. That’s might only be 16 organisations, but that’s still over 5000 senior managers.[v]

We’re making the right noises about diversity, but the reality doesn’t yet reflect our ardour.

So what’s the roadblock? Because it’s not for want of trying.

Few business leaders are openly prejudiced. Most cite workplace diversity as a major priority, and would love to build a more diverse team. Few would overtly discriminate against applicants, candidates or employees.

And yet, we’re still not bringing diverse talent into our businesses.

The old chicken-and-egg excuse gets wheeled out a lot: ‘how do we attract, hire and retain more diverse talent when our workplace is predominantly white male? We’re trying but high-quality diverse applicants just aren’t applying for our roles’.

There’s probably a sliver of truth there, but stop. Because that’s also obscuring a truth.

The truth that we are the problem. Not intentionally, but nonetheless.

First, what is unconscious bias?

Unconscious bias happens when we make unconscious assumptions – and subsequently decisions – about people based on our own subjective triggers.

Once we’ve made those instantaneous subconscious decisions, we then collect evidence to support that conclusion – without realising our judgement isn’t fair. You constantly reinforce your first impression while ignoring evidence to the contrary, all unconsciously.

But why does unconscious bias exist?

We’re bias as a necessary condition of being human, as our brain looks for shortcuts to aid decision-making. If we didn’t do that, we’d be overloaded with information and unable to function.

Author of Influence: The Psychology of Persuasion Robert Cialdini calls this the “click, whirr” of human interaction – our subconscious response to stimuli, evolved to allow us to think quickly.

How do we address unconscious bias?

Until now, we’ve only really been able to mitigate the impact of unconscious bias. That’s things like, slowing down recruitment process. Ensuring recruitment decisions are backed by evidence. Getting multiple opinions. Those strategies are useful, but they’re not really solving the problem.

That’s where artificial intelligence can have a real impact. Hold the scepticism for a moment.

Artificial intelligence in recruitment is talked about a lot. It’s the buzzword of the moment, and most people aren’t totally sure what we mean by it.

If that’s you, check out our whitepaper on artificial intelligence in recruitment now.

We explore some ways AI is being used, what problems AI can solve in recruitment, and some of the questions and challenges AI poses.

AI is impacting HR at almost every stage in the talent management cycle, from sourcing, interviewing and shortlisting to on-boarding, engagement and retention. Start-ups spring up almost daily, promising to solve another recruitment problem with AI – and true, they often fail to deliver.

But AI is making waves. Yes, the area is still evolving but there are use cases where AI is being harnessed, today, to drive real results for HR and business leaders.

Removing unconscious bias through AI-based video interviewing is one such case.

What is AI-based video interviewing?

It’s faster, more efficient and easier to scale. It allows you to reach remote candidates, and get multiple stakeholders involved without scheduling headaches. It’s fantastic for your employer brand. And it pre-qualifies candidates who’re genuinely interested in your business.

But now we’ve added AI into the mix, and you get an even more powerful tool. A tool that simplifies and speeds up recruitment process while removing bias and helping you achieve better diversity.

How does AI video interviewing work?

Candidates submit a video interview to a standardised set of questions. AI then assesses those responses using technologies like facial recognition, word choice assessment and intonation analysis to give a comprehensive profile of each candidate.

A human interviewer might miss, or misinterpret, many of these hundreds of cues that make up human response, but AI gets a more accurate and more complete picture. And crucially, one without human bias.

Micro-expressions for passion, for example, have nothing to do with race. AI can’t get hungry, bored or distracted. AI doesn’t have an annoying stepfather with any annoying ticks.

AI makes the recruitment process more objective, so you can better identify talent without unconscious bias getting in the way.

This isn’t about replacing HR professionals. AI doesn’t make the final hiring decision. It just tells you which candidates showed truthfulness, passion, determination, ruthlessness, creativity, etc. Then scores and ranks those candidates depending on which qualities you want, based on your business’ unique talent profile.

You get a pre-screened and unbiased list of your best candidates to take forward to next-stage interview, so you can focus your efforts more efficiently. Which certainly saves time but, crucially, empowers you to hire the genuine best-fit candidates – not just the best interviewee or best-fit white male.

Diversity in the workplace is a Really Good Thing. But it’s something we’re still pretty bad at. We’re making the right noises but the results aren’t there – and no number of diversity training courses can help.

The problem is built into us, because that’s how the human brain works. So it makes sense the solution would come from something outside ourselves, with artificial intelligence.

AI is still evolving, but it’s already touching almost every aspect of recruitment.  The transformative potential is huge, helping us solve some of the fundamental issues recruitment and HR face. As progress continues, businesses that seize the initiative with AI will define real competitive difference.

For more on artificial intelligence in recruitment, download our whitepaper. Inside we consider the major ways AI is transforming recruitment, the problems AI might solve and the ethical questions raised by AI.

Make It Easy To Understand Your Talent Data With Tazio

Everything you need to collect, consolidate and analyase talent data on one single platform.